The description on the front of the card:
Columbus, Ohio’s State Capitol from the Air

The description on the back of the card:
Business section and civic center showing U.S. Post Office, Municipal Buildings, Le Veque-Lincoln Tower and State Office Building on Marconi Boulevard. 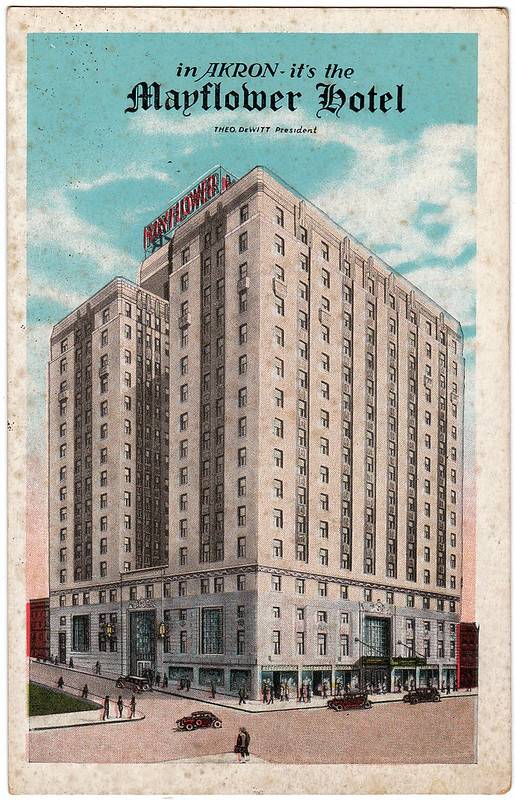 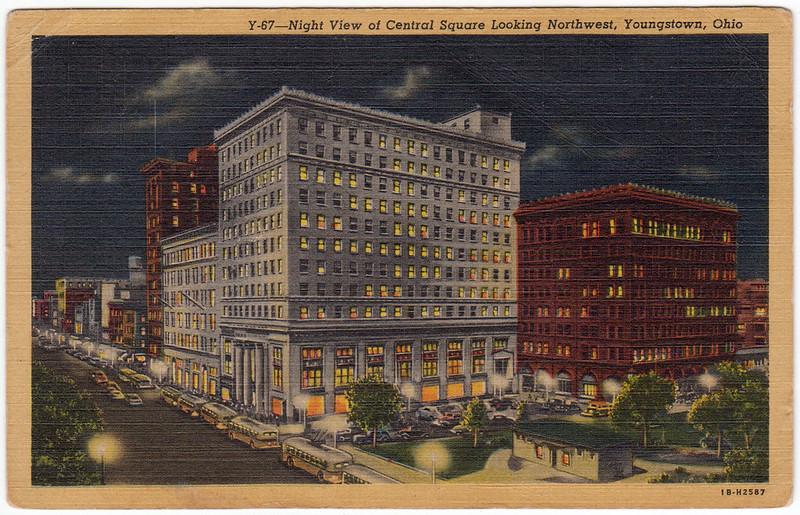