The description on the front of the card:
Blue Hole Entrance, Castalia, Ohio

The description on the back of the card:
Discovered by Robert Rogers, 1760, the most extraordinary Spring in existence. Unknown depth, visible depth 45 feet, and 75 feet in diameter, source of water underground river. Temperature 48 degrees winter and summer. It never freezes and is not affected by floods or drouth [sic]. Discharges 5,000 gallons of water every minute. Fish can not live in the Blue Hole, as it is absolutely free from air or food. The water is blue in color and extremely clear and supplies water for a brook trout fishing club. 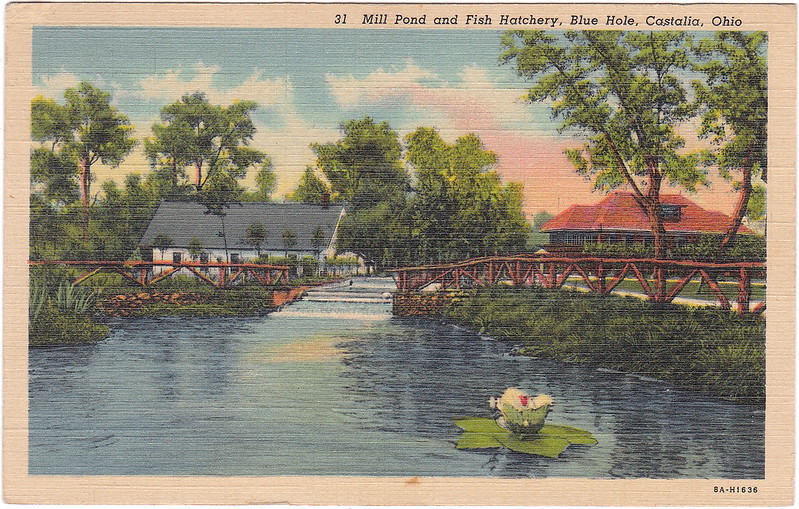 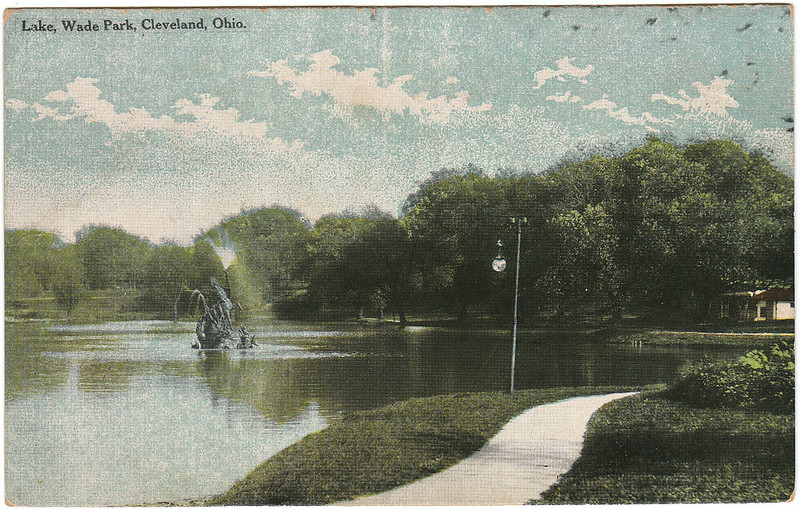