The description on the front of the card:
Greetings from Columbus, Ohio

The description on the back of the card:
Columbus, Ohio
Top: Aerial View
Bottom: Park of Roses 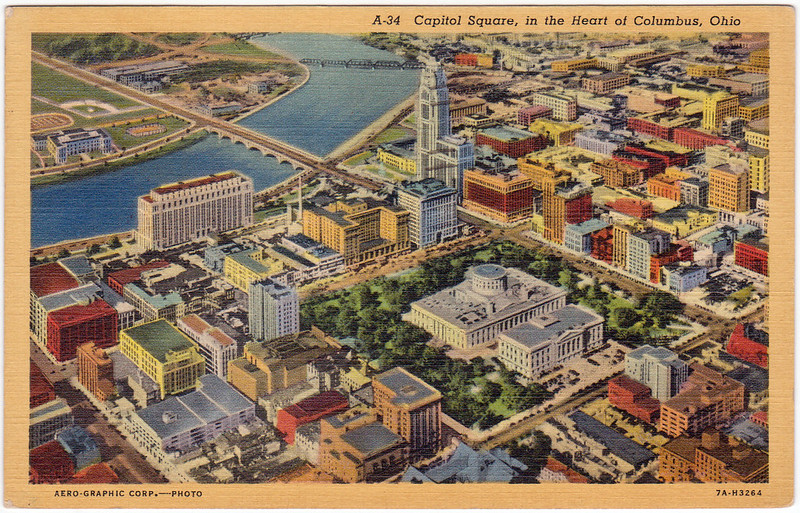